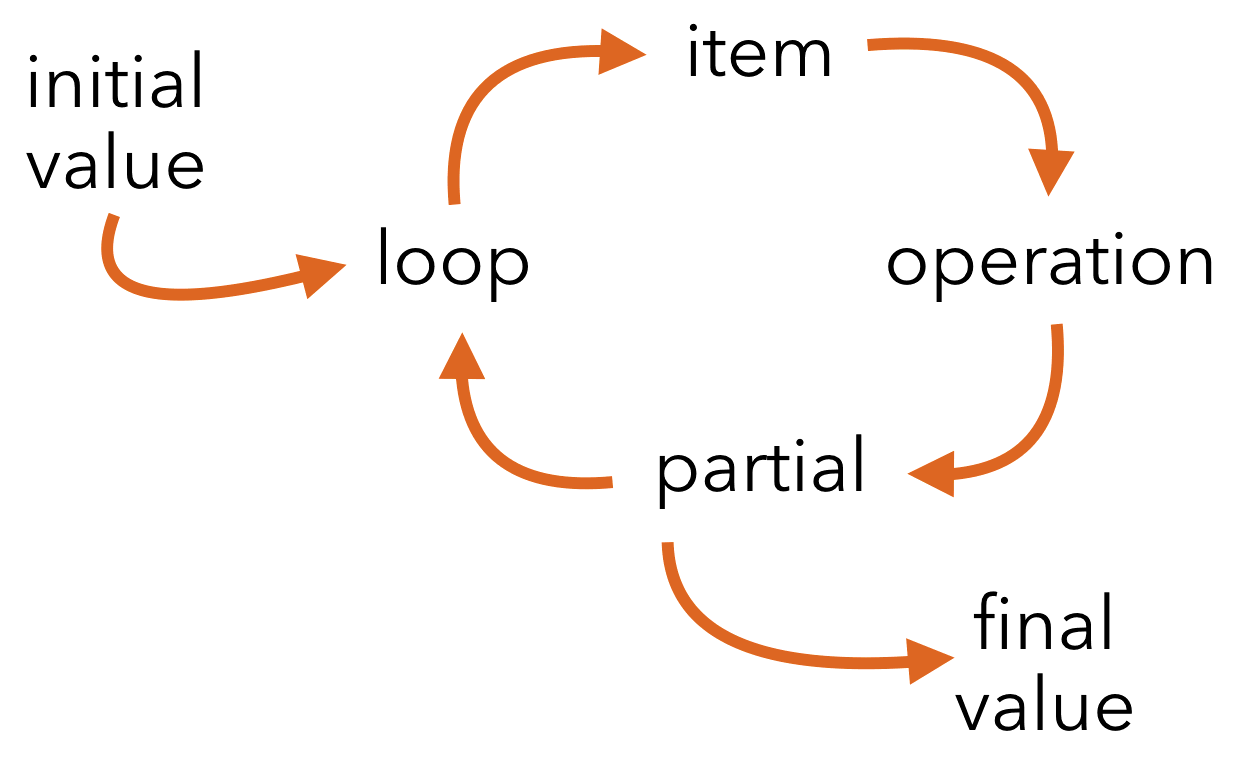 Python provides a few higher order (or functional programming) functions in the standard library that can be quite useful:

This article series focuses on exploring these. In the previous article we've taken a look at the map function. In this notebook, we'll learn more about the reduce function in Python. Again, I will assume you already know about list expressions, (or more broadly, generator expressions). Just like I got side-tracked exploring exponential function syntax in the previous installment, this time we'll spend some time learning about function composition, and benchmarking various ways of working with function call chains in Python.

This time, reduce() needs to be imported from the standard library with:

At this point, an alarm bell might (should?) be going on in your head: If it isn't in base Python, should I really use it on a regular basis? The answer to that is a bit complicated.

Python core developers are opinionated when it comes to it. From the Python 3.0 release notes:

Removed reduce(). Use functools.reduce() if you really need it; however, 99 percent of the time an explicit for loop is more readable.

Here, we'll spend some time exploring the 1% of times it can be useful. If you don't know it exists, you can't use it, right?

What does reduce even do?¶

Reduce passes the previous output every turn in the loop with the current element. This means that you get some preserved state between iterations and that you can build the output as you need it.

You might have heard of the 'map-reduce' paradigm for distributed data processing, popularized by Big Data applications like Apache Hadoop. Say you have three computers containing sales transactions, and you want to know the sum of sales. We'll get back to this and use it as our motivating example.

So reduce takes a two-argument function and applies it iteratively. Let's start with a few imports and work our way up to a simple use case.

For simple operations, many people will simply write this as a lambda function:

But there's more to it that that. Let's dig into what's actually going on, and see how we might make use of it.

So actually, it's quite like a fancy for-loop in disguise!

The first argument is the 'accumulator' variable, and the second is the one itered on. Of course, these variable exist only in the scope of the function:

At first, this seems trivial and roundabout way of doing things. Python has a built-in that does JUST that!

But for products of items in a list, it does provide a better one-liner than its list comprehension counterpart. Let's say we want to calculate the volume of a 6-dimensional box (an everyday occurrence, for sure! 😉)

Now, Guido van Rossum, the creator and Benevolent Dictator for Life of Python, has stated previously that:

So are there any use cases for non-associative use cases? At the risk of turning this part of the article as a rehash of the StackOverflow question Useful code which uses reduce()?, here are the main uses for reduce():

Each of these use cases in Python has a 'canonical recipe' that does not use reduce(). In fact, let's take a look at them.

Getting the intersection of $n$ lists¶

In this case, reduce actually is the canonical answer to this problem in Python.

Sometimes you just don't know in advance what the query in the nested dictionnary will be, though. Imagine being given a list of (ordered) keys as your input. This can often happen in web apps and the like. You would write it out like this:

As we've seen, reduce is not all that useful except for niche cases, and even then they can be just as readable when written with for loops.

When running a data processing pipeline, what often happens is a series of function calls that can quickly become unruly. For example:

For one-time use, this could be written as a chained operation instead, by wrapping the expression in parentheses

In terms of composability though, it doesn't quite compare to using reduce:

By splitting the concern of the clean_strings() function, that acts as both:

we gain added readability and maintainability by having defined what we'll be doing to the string somewhere else than when we apply it, which is neatly done in a single line.

Now the kicker! Is it faster than regular chained calls, though?

I'll skip calling the long chained call at this point, and just assume performance will be similar to calling clean_strings(). To do this, we'll define a little helper function so that we can repeat our clean_strings() 10 times.

Well, no gains there either!

And now with a very long string:

At this point, it looks as though the performance difference between the two methods are due to overhead, rather than execution performance.

So as we can see, there's a cliff when chaining functions where using reduce starts making sense to replace chained function calls, when either:

One example of this last case that comes to mind is if you were running a genetic algorithm experiment to evolve a solution to a problem that uses function composition.

For more on this, I highly recommend you take a look at Mathieu Larose's article entitled Function Composition in Python